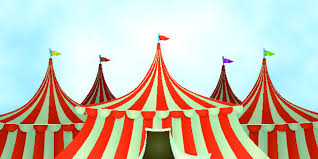 Soul Messages From Within

“Not My Circus, Not My Monkeys”

I read these words recently and they really resonated with me. I was not aware that they come from a Polish proverb, but even if the translation may not be exact, I liked the feeling they opened up in me. This last few weeks I have been observing how many people seem to be entrenched in difficult situations, which have seemingly landed upon them like nesting birds. Each of the situations I have observed, from my own experiences and from others, have been totally unexpected. It was as if crisis upon crisis had occurred and just as people were coming to terms with one thing, another situation would come along to add to it. “Being there” seemed to take on new meaning and was augmented many times.

I began to realise that “being there” was becoming “doing there” and the amount of energy being put into others’ situations was taking away from one’s own energy needs. One’s first reaction is to rush to the person or situation and “be there” for them, but what happens when you have “been there” so much you have no more resources to give of. I also realised that once the crisis was in a place of more calm, the “being there” was perhaps not needed so much, but the need within oneself to be the giver was still present. This was when I remembered the phrase “not my circus, not my monkeys”. As soon as it came into my head I could feel humour in the situation and I could see where detachment was healthier. This does not mean that compassion and empathy were no longer present, but that the need to fill up one’s own well of needs was every bit as important. Having this little phrase in my head made it easier to pull back from any situations I may have been entering into myself. While sharing this with a group of friends, it became evident that we were all carrying burdens we really did not need to be carrying. “Being there” no longer meant giving up on oneself. To “be there” one has to have a well that has at least something in it.

The loving voice spoke to me and said,”You are a well of great source. To be able to give of this source, one must be aware where the source is coming from. When the well becomes dry, the connection with that source has dried up temporarily and the antidote is to listen. Listen to your soul, listen to your soul’s needs, fill it up again. Then and only then can you “be there” for another.”

I am leaving the circus now. Good luck monkeys!